AKWAMASTA® water level was invented by South Wales Building Inspector, John Davies in 1967. John’s daughter, Beth Busani, took over the family business in 2016, along with husband, and carpenter, Frank. With an estimated 20,000 water levels made and sold since 1967, Beth and Frank are proud to have taken Akwamasta into it’s 53rd year of production – continuing to help meet levelling challenges of all kinds – from DIYers, small builders and specialist contractors, to architects, surveyors and insurance loss adjusters. 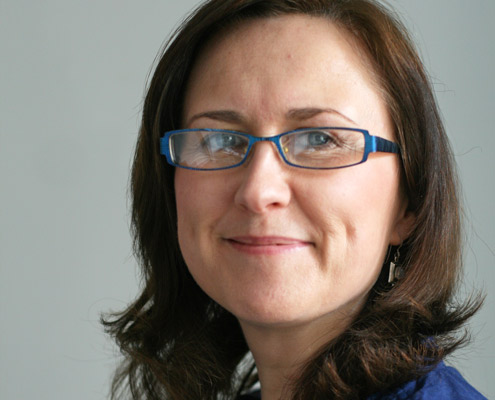 Beth has been involved with AKWAMASTA for over 40 years – from making them in her garage as a child, to helping her father John at trade shows. She’s proud to be carrying the family business into it’s 53rd year of operation 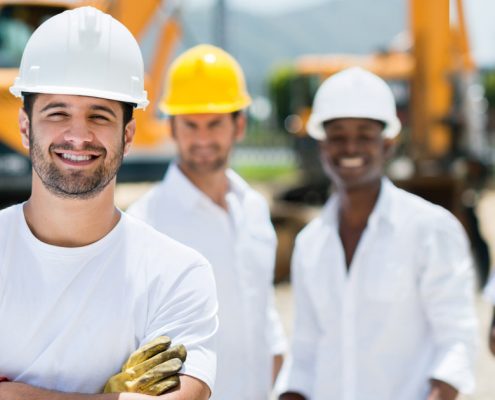 From his many years experience as a construction carpenter, Frank knows the benefits and versatile uses of AKWAMASATA first hand. He brings invaluable trade experience to AKWAMASTA and continues the long family tradition of construction expertise. 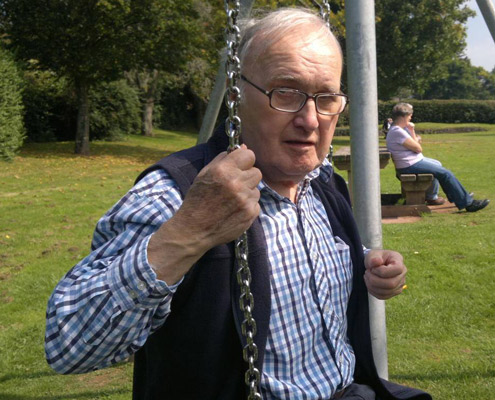 As well a lifelong career as a local authority Building Inspector and Building Control Officer, John was a man with creative insight who loved solving problems. AKWAMASTA was the first of several patented products John introduced to the construction and engineering industry. Resourceful and inventive long into retirement, John was proud to have helped more than 20,000 people solve their levelling problems with the AKWAMASTA, and was delighted to hear of the new uses people constantly found for them.

The old adage that ‘necessity is the mother of invention’ is very true of the AKWAMASTA story.

In Autumn 1967 I had just started work as a Building Inspector in the Engineering Department of Merthyr Tydfil Borough Council. One of my first jobs involved a recently completed bungalow which was 150mm out of level at DPC, causing problems with fixing skirtings and potential damp walls.

Adding to the problems were gang nailed roof trusses fixed on a seriously out of square building, showing soffits tapered or out of parallel – not only ugly but creating more work for the carpenters fixing the roof.

As part of the early move towards a new regulatory framework, a new form had just been introduced for the statutory inspection at DPC level. This required Building Inspectors to certify the degree of accuracy for level and square of structures.

As an inspector on site visits I was usually working alone, and had to return to the office for a dumpy, tripod and an assistant, who were often not available for a day or two. As Building Regulations stipulated inspections completed within twenty-four hours this was a major problem.

My department chief agreed to buy-in any instrument which would enable one-man operation for levelling over the distances required – up to 20-30 metres. After a prolonged search over several months, including approaching a number of Colleges and the Building Research Establishment, it was clear that no such tool existed (and as far as I am aware that is still the case). There was no alternative but to make something myself.

It was obvious any optical instrument would involve two operatives, so that was not an option. At the time I had little knowledge of water levels, having rarely seen them in use. They seemed to be used by specialist contractors, such as shop fitters and false ceiling fixers, and were only able to compare points between two vertical surfaces. In any case they needed two operatives and would not determine differences in level of, for example, manhole inverts.

After much deliberation and research I made my first working model using a six foot length of three quarter inch dowelling. I laboriously cut a groove top to bottom in the timber and glued in a length of clear, plastic draught excluder tube, with a wing to nail it to a door frame. I cut a two foot length of three quarter inch copper tube its full length, and sprung it open enough so it was a nice slide fit over the dowelling.

I then glued two lengths of linen, seamstress tape, twelve inches either side of the centre of the sliding copper cursor, which allowed me to read off a difference of level of up to a foot directly up or down. I attached the wing tube to a ten-yard length of windscreen washer tube, the other end to a one-gallon plastic container.    [continued on right]

Early use showed it worked well, but it was not easy to read off the water in the tube, being so small a bore. I added some drain tracing dye I carried as part of my kit.

That first level did a great deal of work, and much was learned about tube bore sizes and more, before an engineering friend made the first metal one from tubing made for television aerials.

It was not long before small builders on my site visits noticed how quickly and easily I could do things with my water level, and began asking where I had got it from. They were paying surveyors, sometimes considerable sums of money, to do simple levelling operations. I told them I had made it, and AKWAMASTA was born.

Dr Peter Howells, a mathematician at Swansea University saw the AKWAMASTA and was intrigued. A week or so later I received a letter from Dr Howells giving the formulae calculating the accuracy of the level which is still shown in the AKWAMASTA brochure.

I registered AKWAMASTA as a company in 1970, though it has always remained a family business with a human-scale operation.

It’s 20,000+ sales have been generated mostly by word of mouth between people seeing it used on site, including builders, architects, surveyors and insurance loss adjusters.

Word of mouth has reached far and wide. One order came from Toronto after featuring in Building Research Establishment Digest. 150 went to Ethiopia, destined for building colleges.

I regularly hear from enthusiastic users about their own discoveries of new uses for the AKWAMASTA including: